In online database of links for RISC OS users, initially written in Perl and using a custom flat-file database back-end. Then converted to Drupal, and now being mothballed as static pages.

An early experiment in social media, built in 2002, mostly by myself but based on ideas generated by Richard Blythe, Graham Davies and I. Facebook won.

Website for the international lattice datagrid community. Essentially Tiki - installed, tweaked and administrated by me.

I created the Server-Side Include system that controls the overall look and feel of these pages, designed and implemented the CVS web-authoring mamagement procedure, and provided techinical help during the design and development of this site. I was also one of a small team of software engineers who created the HPCx Administration Server - a complex system of Java Servlets, Java Server Pages and Perl Scripts. For example, have a look at the service status page. As well as designing the images and layout of this page, I also wrote the backend which (for various reasons) passes the relevant data back along a code-invocation chain that runs SSI - Perl - Java Servlet - ssh login to service machine - Perl.

I acted as a technical consultant during the procurement procedure for the EPCC website, and assisted their own web designer in the more technical aspects of the PHP-based system as the design was implemented and evolved. 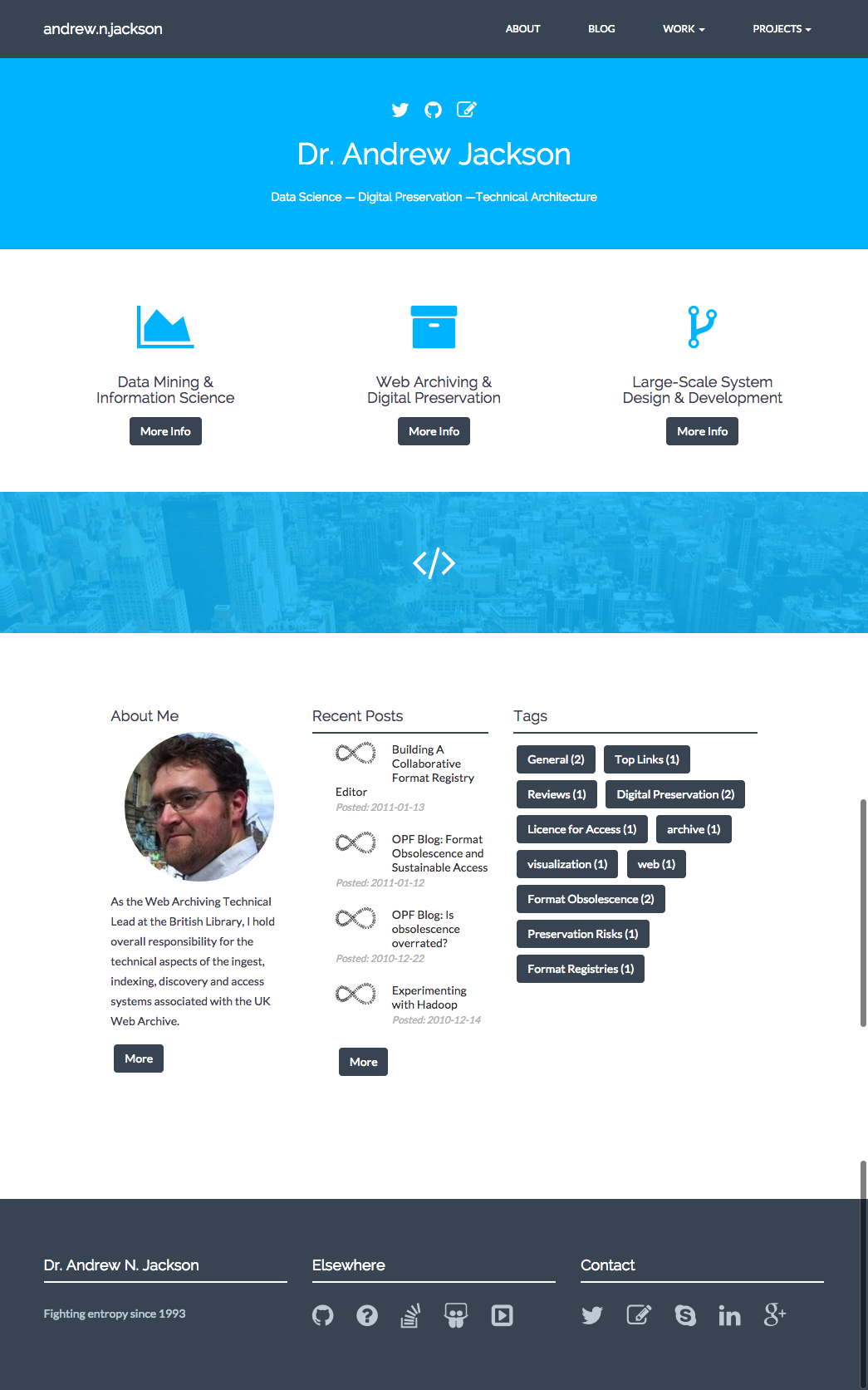 No posts here yet.