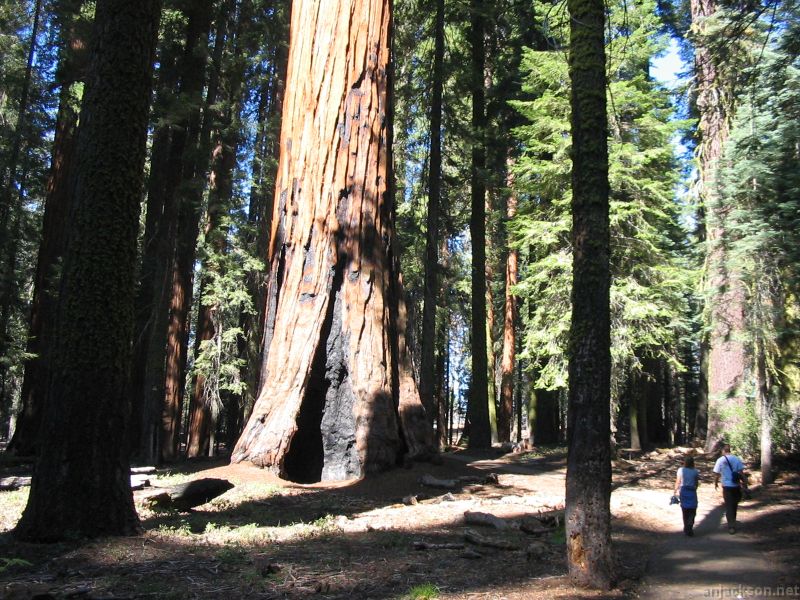 The fire damage looks pretty bad, but the Sequoia has evolved to use the fire. Its bark acts as a fireproof suit, and seeds will only open during a fire because just after a fire is when the soil is most fertile.