I rather like this image, taken from Google News. Their news pages are generated automagically, which is bound to cause mismatches between images and text sometimes… I guess I’m just not difficult to amuse.

I’ve failed to update my weblog for a while as I’ve been working and grumping a bit.

Work is going better now, and I’ve settled back down into it after my lovely holiday. Sadly, Kim (who went to Taupo with Stewart & me) has just left to return to California (but via Australia so that’s alright). We were also working together on some fluid simulation stuff (see image for an example), which seems to have worked out rather well and will hopefully become a continuing collaboration.

And, in case you were worried that this was beginning to sound more like work than procrastination, all I can say is Don’t Panic.

back to reality, part one

Well, I’m back in Wellington. And after a fairly long day of travel I’m just itching to get back to work tomorrow. Actually, I’m feeling fairly refreshed so work should go down okay. And I’d run out of money anyway!

So, Dunedin was nice - nothing like Edinburgh apart from some street names and few other things like a tartan shop and a statue of Rabbie Burns. No bagpipers were present. As well as hunting for Scottishisms, I went on an eco-tour and failed to see a Royal Albatross. However, I did manage to see Sea Lions, Seals and some stop-motion animated Yellow-Eyed Penguins. Also went round the Botanical Gardens, pottered about, took far too many photos, etc etc.

Today the Magic Bus took me from Dunedin to Christchurch, via the Moeraki Boulders, which are weird nearly-spherical lumps of rock that are being revealed in the hillside and falling onto the beach as the sea erodes the coastline. No-one seems to be sure how on earth these things formed. There is a theory, but nobody seems all that convinced. People speak or write about the theory in much the same way as one might use a pair of...

Milford Sound, with clear blue skies. I am clearly too lucky by half. It was just so beautiful - awe inspiring. Long day, but very very very much worth it.

Dunedin tommorrow - allegedly the Edinburgh of the southern hemisphere. As long as there are no {explicit hyperbole} bagpipers there, I’ll be happy. ;) 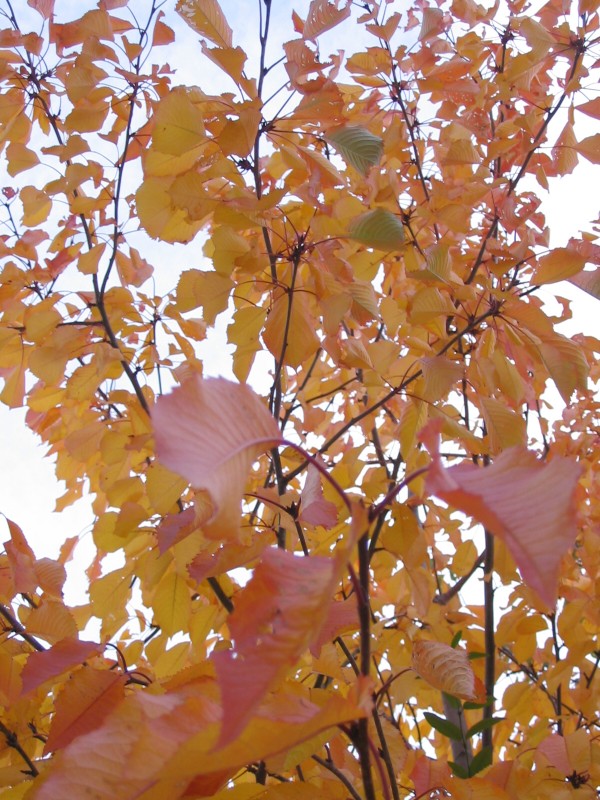 Well, after being duly impressed by the Haast Pass, and staying in Makarora for a night (very nice - middle of nowhere type of thing), I’ve finally made it to Queenstown. The Southern Alps really are remarkable, and the fact that all the views are decorated with the oranges, reds, coppers and golds of the autumn leaves just makes everything ridiculously pretty.

Unfortunately, I was feeling rather poorly yesterday - not sure why. Anyways, this means I’m going to have a quiet one today and do the Milford Sound trip tomorrow. There’s plenty here in Queenstown, so I’ll just potter about and see what happens. 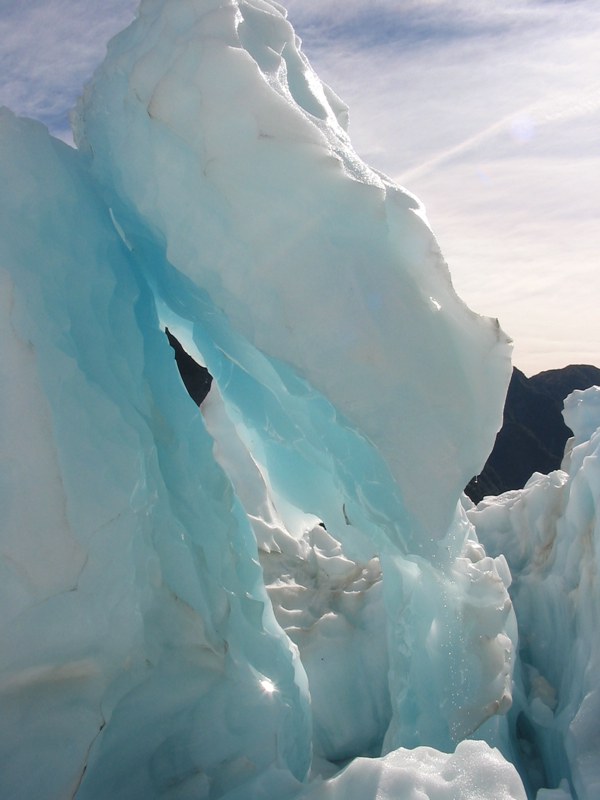 Crikey. I am blessed. Went onto the Franz Josef glacier today. The west coast gets 5-8 metres of rain a year - so I was worried that the weather might be rough. Actually ended up with perfect weather for the HeliHike. It just rocked. Fantastic helicopter flight, gorgeous blue ice and blue skies. Really can’t describe it adequately at all. I’ve been so lucky with the weather on this trip - it can do what it likes now, as I’ve had more good fortune that I deserve. Photos are great and more will be up soon.

Off over the Haast pass in the Southern Alps tomorrow. It’s all good.

mouth of the grey

Well, after a rather hectic few hours, I’ve made it to Greymouth. The TranzAlpine crossing was fantastic - it really is as gorgeous as folks make out. Even had an open viewing carridge, where I spent most of the time. Yes - lots and lots of photos thanky you. Franz Josef tomorrow - let’s hope for groovy weather.