getting to grips with nearly everything

I’ve recently finished reading Bill Bryson’s A Short History of Nearly Everything, and I must say I was very impressed. I’ve read quite a few pop science books, and it’s probably the best one I’ve seen. The early parts were related to physics, and I found this quite satisfying as the things I know something about were covered well - the analogies never jarred and the explanations always rang true. Generally it was eloquently simplified, always managing to retain the essence of the science…

This has to be the quote of the day, sent to me by Sarah who saw it in an Edinburgh newspaper over the weekend (The Scotsman I presume?).

:“I was only given one piece of advice about women. ‘A woman will forgive you if you try to kiss her, but she won’t forgive you for not kissing her’.” - Jimmy Carr.

Here’s a slide from the talk I gave to the group last Thursday. It went well, and it was probably the most relaxed talk I’ve ever given. I used to be horribly nervous about giving talks, so it’s nice that (after lots of self-inflicted aversion therapy) I don’t have a problem with giving them and indeed winging it. I’ll be giving some variation on the talk to IRL while I’m here, which will hopefully go just as well.

Jarvis says it better than me.

:It seems quite ironic that at a time when whole departments in radio and TV stations are given over to ‘market research’ and ‘demographic investigations’ that someone who attempted to please nobody but himself ended up forging one of the most profound links with his listeners in the history of broadcasting. Jarvis Cocker, The Guardian. 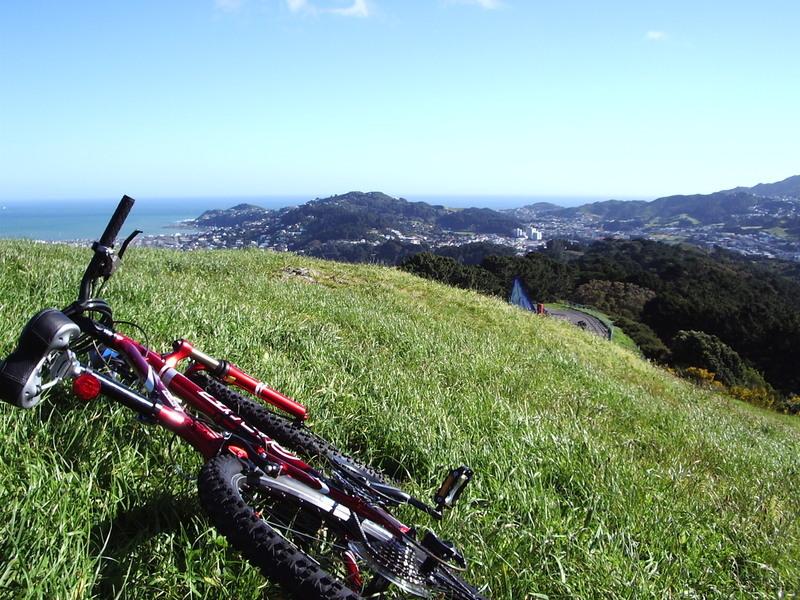 Well, I thought it was about time I added some new photos to the site. It’s not like I havne been taking gazillions of them recently or anything. Of course, the problem is finding the time to sort out which ones are the good ones and get them ready for uploading. The full set of new pics can be found in the November 2004 gallery. The one off to the right here shows a southernly view from Mt Victoria, and shows my latest rash purchase, a Giant Rincon mountain bike…

So, firstly, I feel like I should apologise for the previous political ranting. Yes, I know it’s more complicated than all that, and making out that the Republicans Are Evil doesn’t really help. It all seems weird to outsiders like me, but lots of normal people must have voted for GWB, so there must be some logic to it. There may be a strong religious conservative community, but I can hardly believe they make up 50% of the population…

The whole process did reveal some interesting bits and bobs about the U.S. Like the conspiracy theories by folks over at The Smirking Chimp. There seems to be some correlation between the counties where new Diebold electronic voting machines were in use, and those counties that had unexpectedly swung towards Bush. The statistical analysis is not very convincing, and could well be a consequence of biased sampling (i.e. only focussing on the counties that match your hypothesis, and ignoring the ones that went the other way). However, I do find it fascinating that any democracy would allow the use of voting equipment that make a proper recount absolutely impossible. There is no paper trail - the machine takes the vote...