Agh. My head asplode. They’ve finally done it. Apple have finally released an affordable Mac: the Mac mini. This is very good news, as !MacOS X is arguably the best personal computer operating system in existance, from both a geek’s and a user’s perspective. There have been rumours going around about this ‘headless’[1] Mac for some time, but it turns out that it was predicted by Douglas Adams 15 years ago! cough Kind of… cough 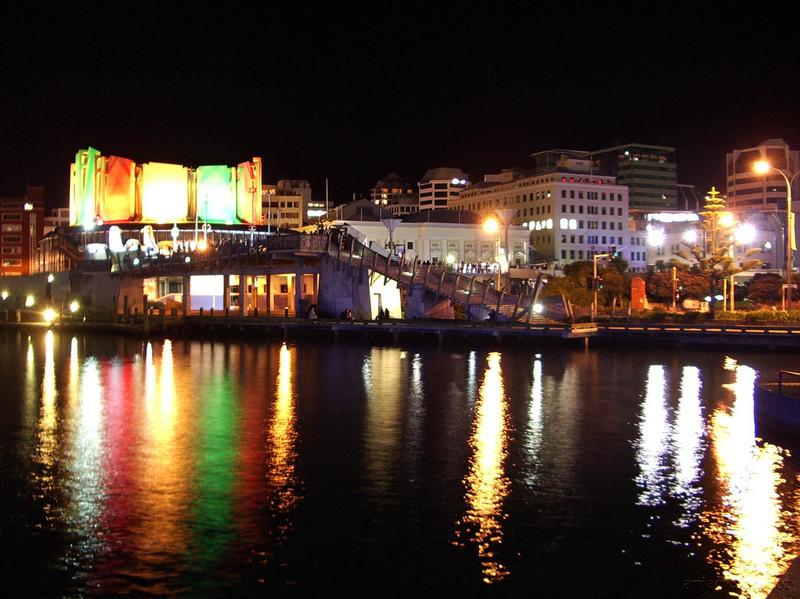 Just a quick entry to say Happy New Year to you all, and wish you all a grand 2005. I’ve not made any resolutions, at least none that I can speak of here, and any of the usual resolution suspects are, I suspect, only made in order to get that guilty thrill when they are vigorously cast aside within the first week or so.

The photo off to the right there is a picture of the party down on the Wellington waterfront at which I saw in the big rolling-over-of-the-numbers. Read on for more photos of an almost relavent nature…

It’s pretty near impossible to take it all in. I’ve been following the internet news coverage of the Indian ocean tsunami via the BBC’s web coverage, the Wikipedia article, and various other sources linked off Google News. I’ve no TV, so I’ve not seen very much about it. Some amateur footage is available on the internet, of which I’ve seen one clip. I’m not sure I want to see any more. It’s too upsetting.

Well, you might have noticed by now that I’ve been fiddling with the design of this site. The main problem was the blocks in the side bars, which I’ve been meaning to sort out since I moved over to ((Drupal)) blinking ages ago. Having time off over Christmas has given me a chance to come up with something suitably excessive and finish off the implementation. Read on for the gory details if you’re into this kind of thing…

Well, I finally went over to Industrial Research Limited and gave them a mildy re-written version of the talk I gave to the group here a wee while ago. It seemed to go well, and I only got myself confused once, which is pretty good seeing as I now insist on not working out what I’m going to say ahead of time. I always used to try to script things, but that just seemed to end up with me rushing through the material far too fast…

getting to grips with nearly everything

I’ve recently finished reading Bill Bryson’s A Short History of Nearly Everything, and I must say I was very impressed. I’ve read quite a few pop science books, and it’s probably the best one I’ve seen. The early parts were related to physics, and I found this quite satisfying as the things I know something about were covered well - the analogies never jarred and the explanations always rang true. Generally it was eloquently simplified, always managing to retain the essence of the science…