:Hearts and flowers :A candy coated fantasy :But in your soul I’ve found the one :My soul can see hearts + flowers, lamb.

:You’ll understand what I mean when I say :There’s no way we’re gonna give up harder to breath, maroon5.

:…how could I have ever been so lucky :to wake up looking in her face :and see the flowers she put Ã¢â‚¬Ëœround the room :britening an otherwise crumbling place… Happy Child, Tweaker (The Attraction to All Things Uncertain).

Monster track has to be Wow from Final Straw by Snow Patrol. It really rather hits the mark. In fact the whole album is pretty darned good. Go get it. Spitting Games is also a favourite, if only for the lines: :My heart is bursting in your perfect eyes :As blue as oceans and as pure as skies And Grazed Knees is a bit of a stand-out track too.

Other top tunes I’ve discovered up while being back include Franz Ferdinand, Maroon 5, zero 7‘_s new album _When It Falls, Grit by Martyn Bennet, Jet, The Thrills and Kasabian.

Was also surprised to find out that these UK folks hadn’t heard of Steriogram yet. I hadn’t realised that they were an NZ band, and the near-saturation play of the award winning knitted video for the fine single Walkie Talkie Man in NZ and the fact that that same track was being used in the UK iPod advertisements had lulled me into a false sense of, erm, understanding what what going on. Or something. Go check ‘em out.

Not long now. And still not packed. Don’t. Panic.

Wellington :The Private Press, Giving up the Ghost :Lamb, When The Clouds Clear

Wellington, K! :Jet, Are You Gonna Be My Girl?

Auckland, Shopping :Minuit, The Boy With The Aubergine Hair

Paihia Kareoke :Brown Eyed Girl, or Cos I Was High 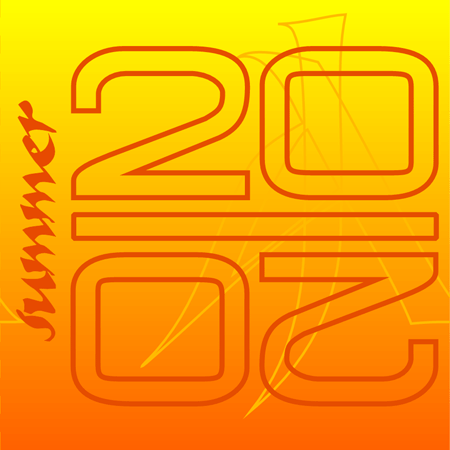 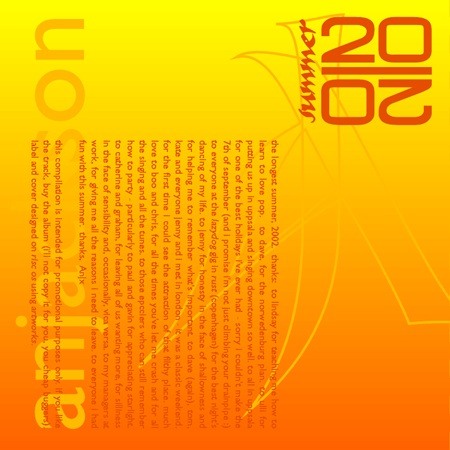 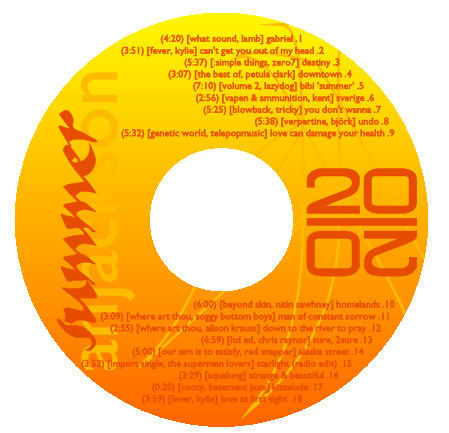