In 1989, while working at CERN, Tim Berners-Lee invented the Web so that scientists all across the world could share photos of their children and pets. We are proud to be able to continue this tradition. Read on to find out about the contents of our fish tank… The old timers in the tank are Ford, the Golden Gourami: 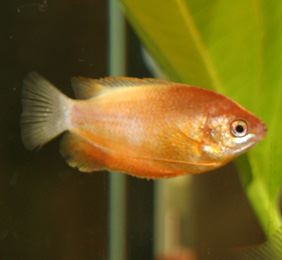 Along with Trinny, the Moonlight Gourami: 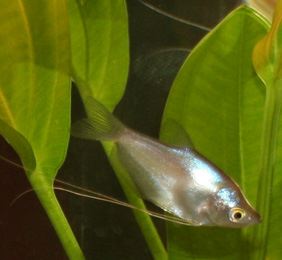 Until recently, we had two of each species (named Arthur and Suzanna). Sadly, they both died for no apparent reason. So, yesterday, we popped out to Dobbies and brought in some Bolivian Rams as replacements. Meet Chris: 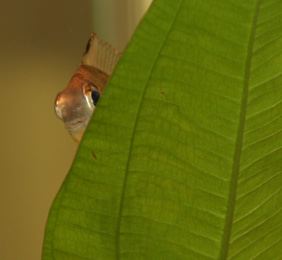 Gwynneth is rather shy, probably because Chris keeps bossing her around. But generally, the fish seem to be getting on together well.

It’s not clear if the Golden Gourami is a Three Spot Gourami , or a Dwarf Gourami. Wikipedia has a bit more about Gouramies, and About.com has these pages about the Moonlights and the Bolivian/Butterfly Rams. There’s also the remarkable fishbase.org.

p.s. Driving on my own felt really weird at first. Getting used to it slowly.